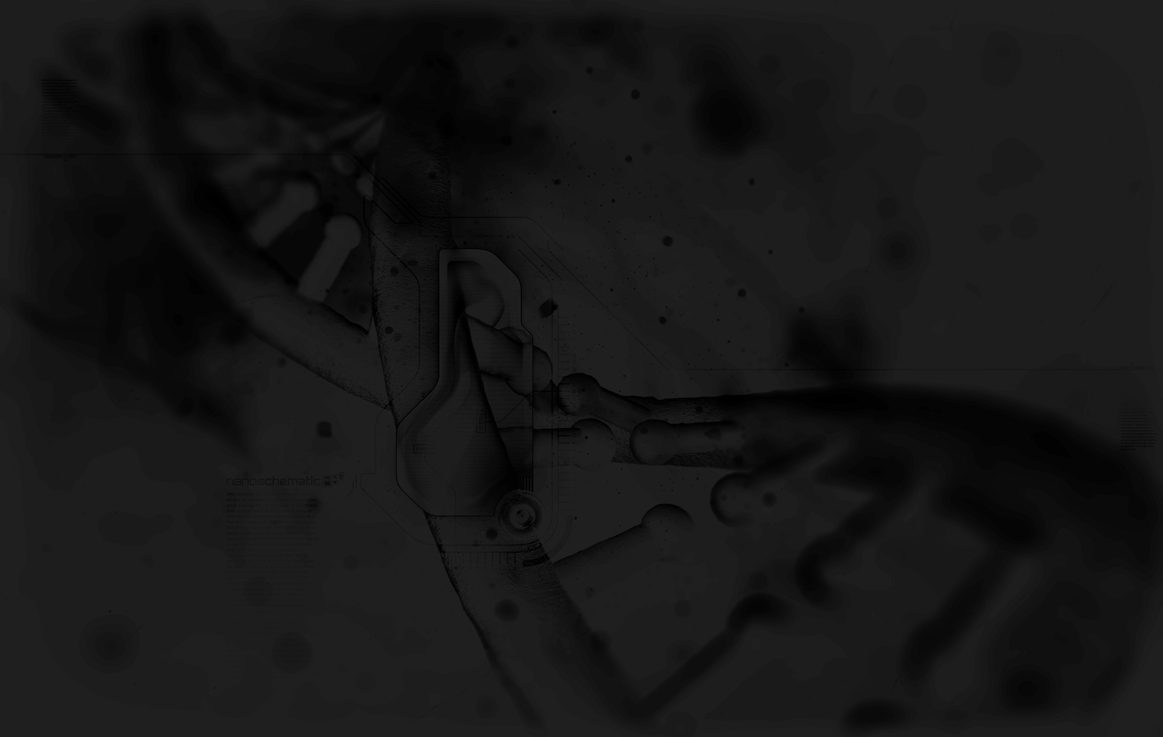 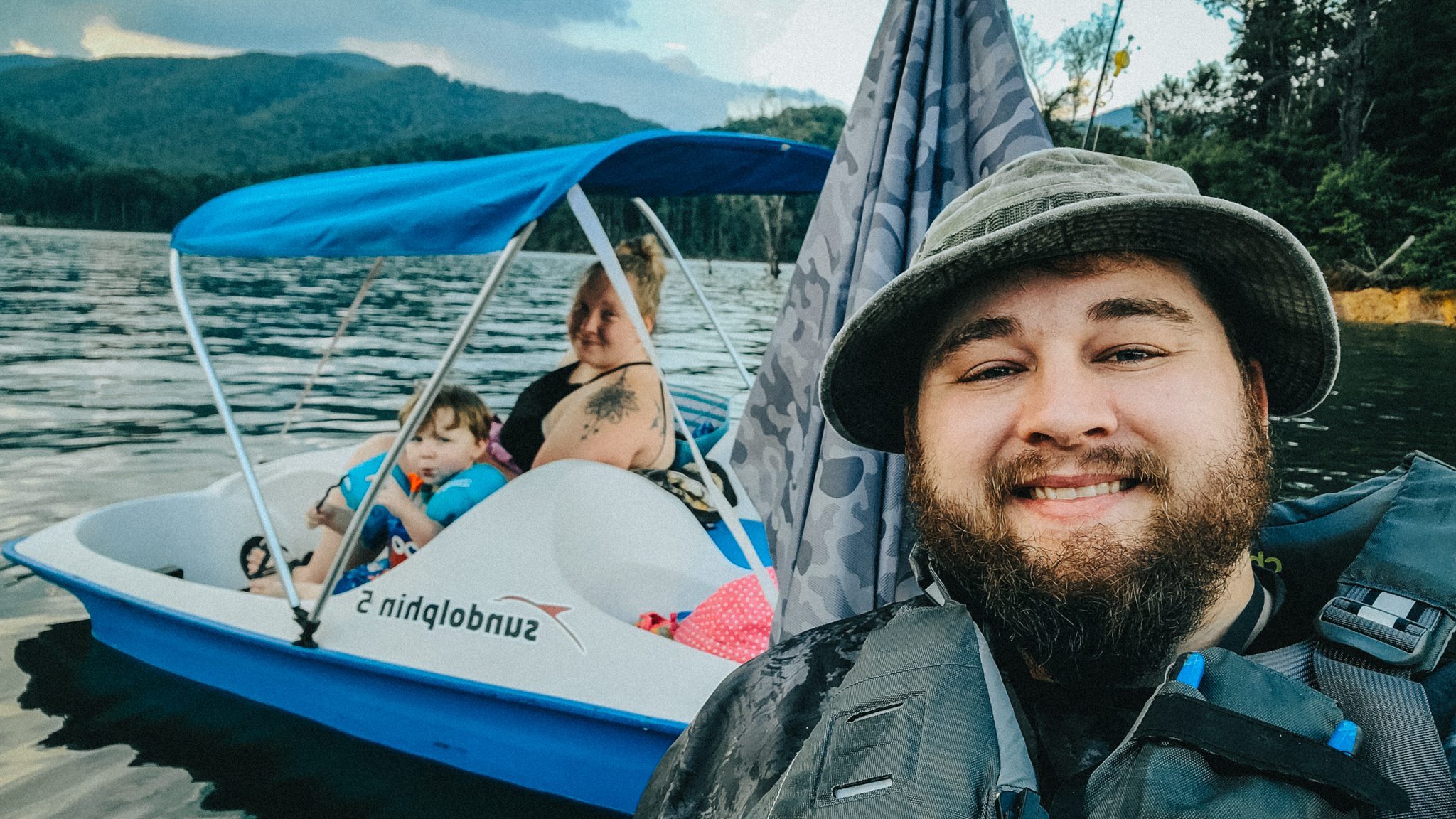 YOU MUST EARN THESE STRIPES

As much as you’d enjoy it, you know, all the stars aligning harmoniously before commencing an action, you can’t wait for it. The action has to be taken, and it has to be taken now. The longer you wait for the action’s timing to feel perfect, the further the goal fades into the distance. Stop craving balance and start craving action. Balance is the byproduct of massive, imperfect action. It is the only way. Balance doesn’t come first, no matter how much we want it. These stripes must be earned.
Research the questions you have about life. It’s amazing what you can find and learn by actively approaching these obstacles rather than waiting for them to scroll across your newsfeed. Is your life proactive or reactive? I certainly have reactive days occasionally, and that’s okay. We need them to reset sometimes. You must ensure you don’t get locked into it cause it’s a lousy way to live. 2-3 years of reactive living can sometimes take 5-6 years of living actively to fix.
Real proactive living is going to require a great deal of imperfect action. You can’t have both a plan for everything and maximum output levels. Plan as much as you can until it starts hindering your ability to act. Many people get stuck in the planning stage until it practically paralyzes them. I was a victim of this mentality for many years. I’ve developed my planning systems, used all the software tools, everything I could to get another ounce of productivity. There comes a line, though, where productivity turns into paralysis. I call it getting analysis paralysis, and if you’re not careful, it will set you back a decade or longer before you snap out of it. 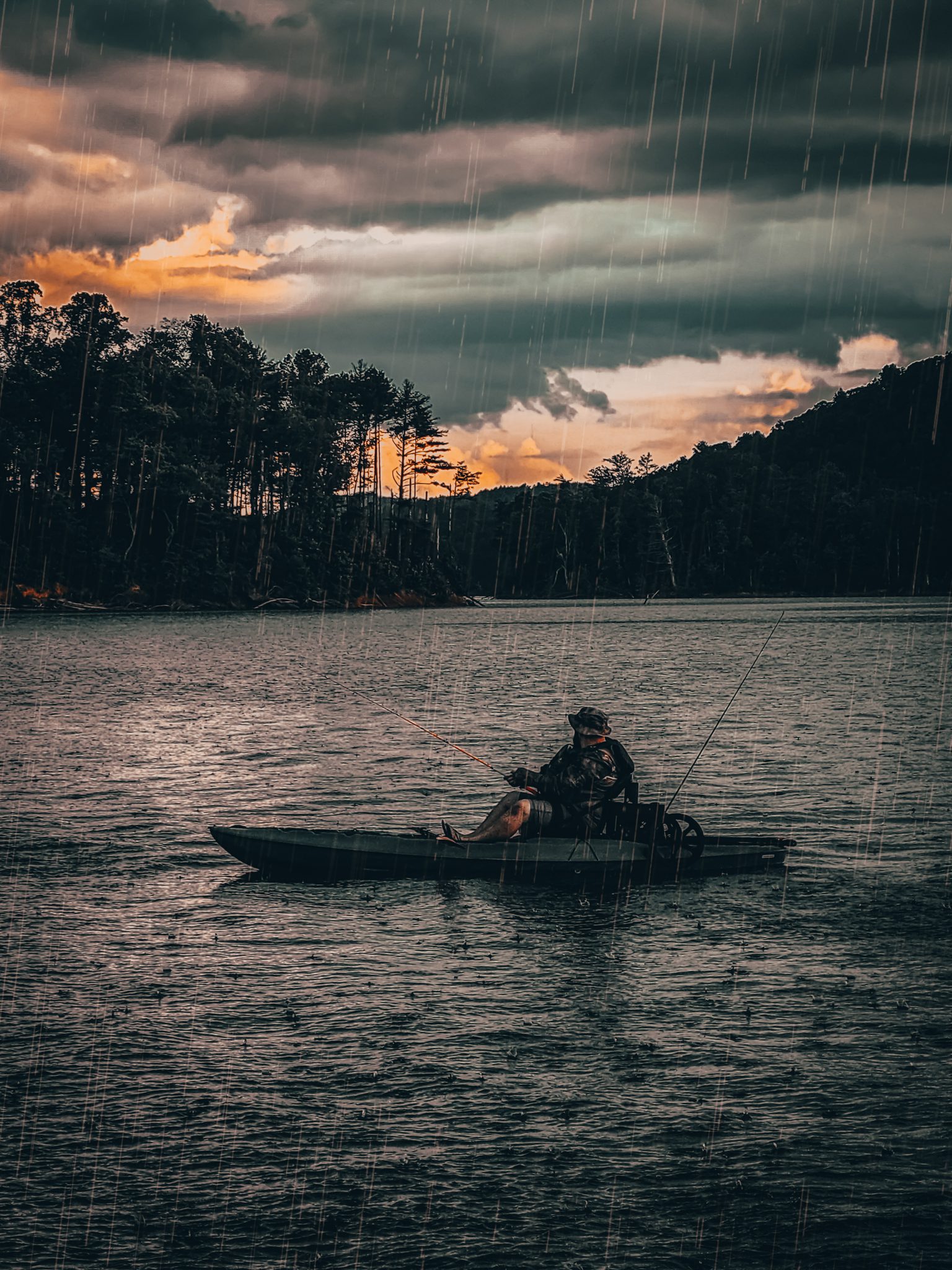 I had a goal to get a kayak and learn more about fishing and have a lot of fun in the process. I wanted a real hobby to enjoy and create some content out of if I wanted to. The challenge was that I tend to put relaxing time on the way back burner because of how hard I work. I made plans, and I tried to work around the weather, and I tried to carve time, and I tried to do it “right.” However, sometimes doing it right means doing it imperfectly. We get stuck on timing and perfection in our heads, and it just doesn’t work that way. Occasionally some imperfect action is needed to get the ball rolling.
Knowing this, I decided to go for it. I said fuck the weather, whatever it’s going to be. I bought a kayak and eyeballed some PVC mods instead of making intensely complex plans like I usually would. I built a dolly system, added an anchor, built a crate for my gear, and just winged it. I had so much fun, and when I got out on the water, it was all worth it, as imperfect as the actions were. The imperfect action bothers me, and it will you too, but sometimes it’s worth it. The perfect day isn’t coming, and if you continue waiting for it, you might miss out on some great experiences and opportunities.

Arguably the most daunting thing I’ve ever done thus far in life was writing my book “The Primal Method: A Strategic Approach To Preparedness For The Modern Age.” It weighed heavy on my mind for years, and I spent a lot of time prepping and planning for it to happen. Oddly though, years kept passing, and I was yet to write a single word for the book. I had plenty of plans but no words written. Then one day, I decided I was just going to have to take some imperfect action if I ever wanted to get it done. I started writing and just kept writing. I didn’t stop to edit or think about the structure. I just wrote until I finished. Once I finished, it was much easier to reference my plans and go back and square things away. 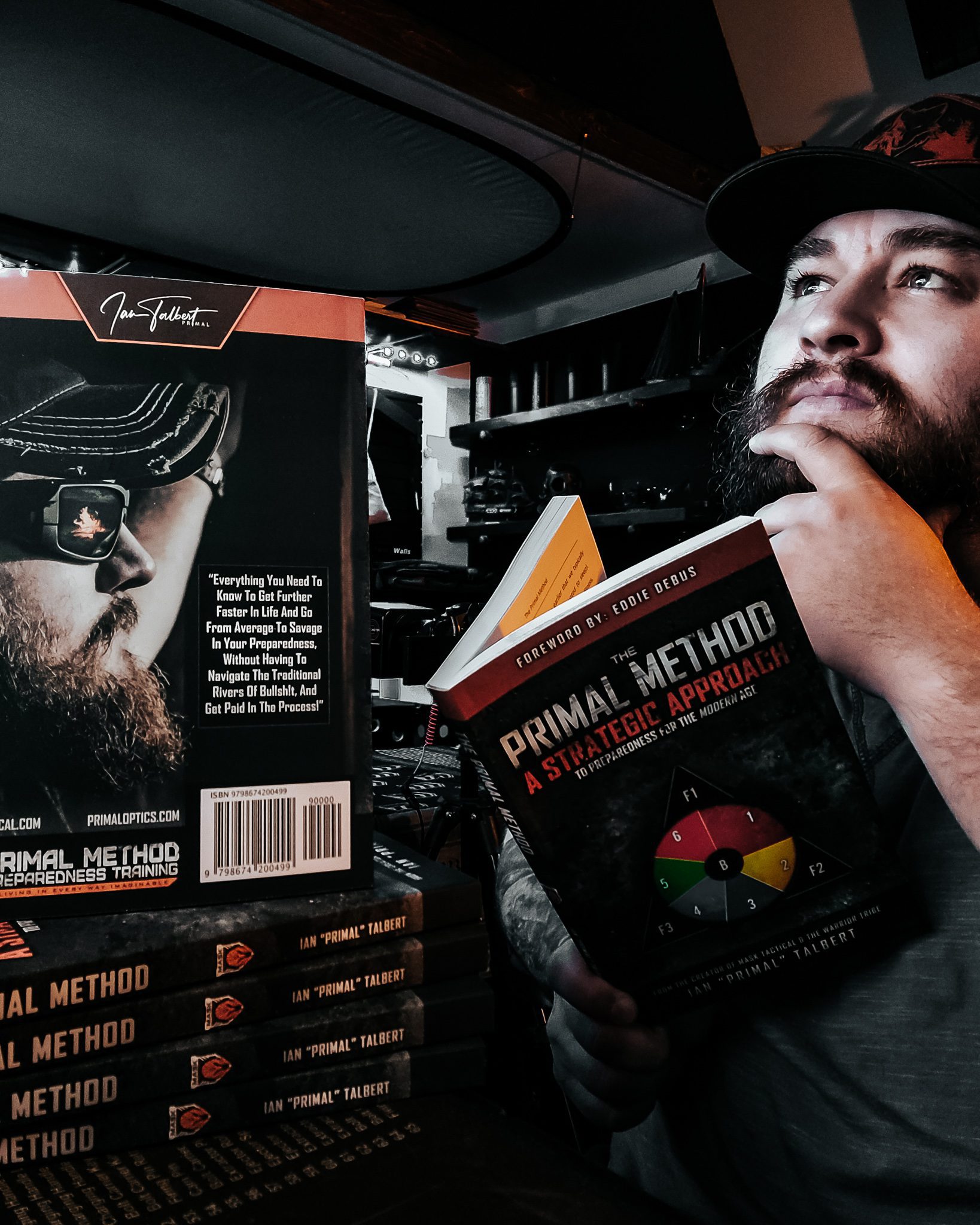 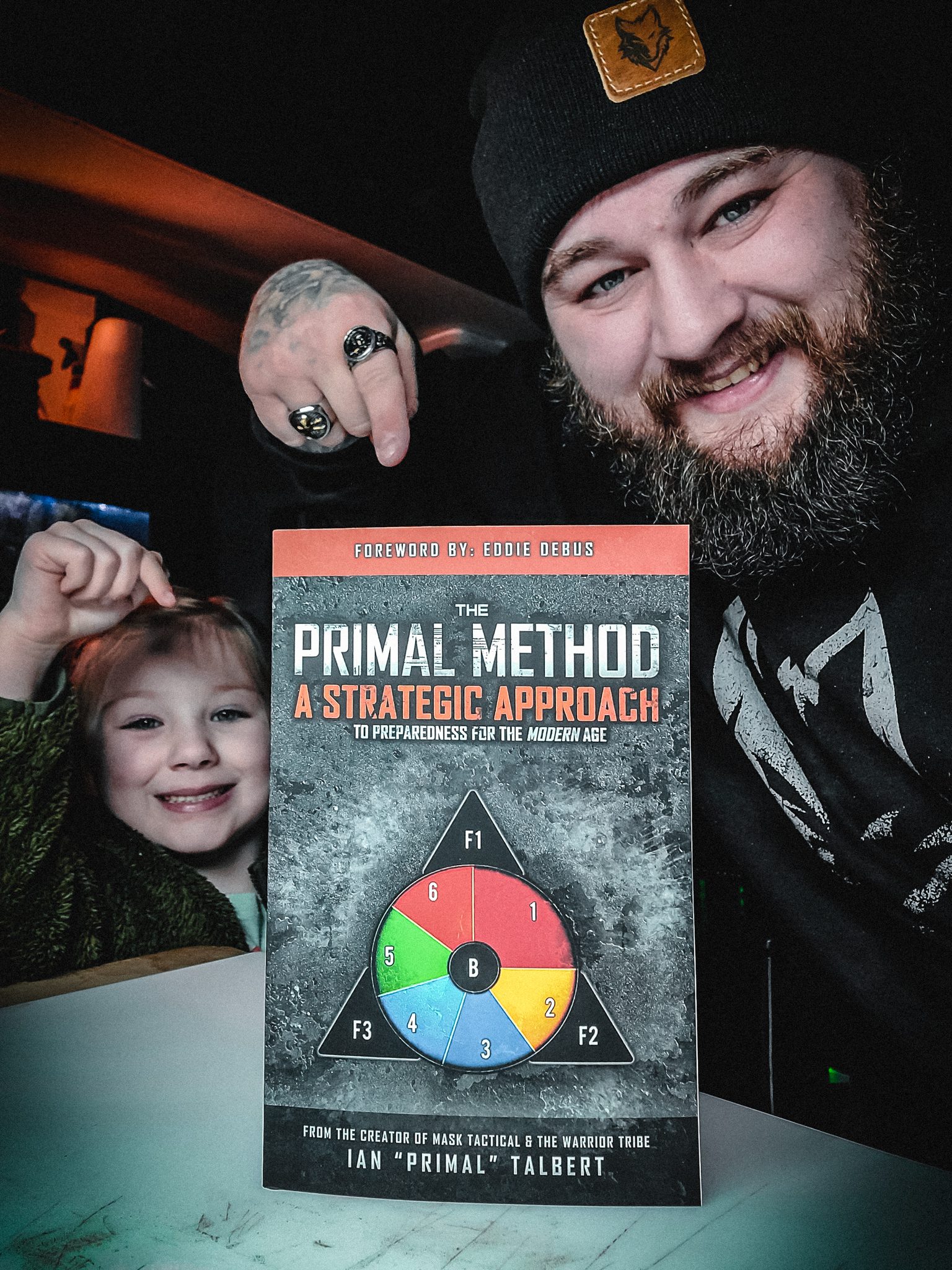 With all that said, get up, get out, and take some imperfect action right now. Don’t worry about how great the action is or how unplanned it feels. Just do it. Now, I’m not saying to live your entire life this way. I am a big advocate for a rigid schedule and proper planning. I’m just saying that when you feel like you are having a hard time actually making progress on a goal, for whatever reason, try taking some imperfect action. Forget the plan for a moment and go do the damn thing.
BUY MY BOOK!

THANKS FOR READING! CAN YOU DO ME A FAVOR?

Are you finding value in my content? I certainly hope so. I put a crazy amount of effort and time into the things I create. If you did find value in this post, my only request is that you share it with your friends, fans, and family. Also, if you’d like hands-on help from me personally, please check out the options below. I offer a wide variety of services and solutions, all geared towards helping you find growth in all areas of your life. From business and relationships to preparedness and fitness. I have an option for everyone no matter what level of the game your playing at right now. Aligning with me only results in one thing… Growth. Massive growth in all aspects of life. Reach out now.

If there’s one thing I’m known for, it’s fast, hard, high caliber work ethic. I routinely knock out twice as much work as most people do, and in half the time. This has allowed for exponential growth in my life in a lot of different sectors. There’s a method to the madness, it’s not an accident, and I greatly enjoy helping people breakthrough and unlock higher performance in their lives to get more results in every aspect. Business, Fitness, Relationships, etc…

Need next level visuals? I got you. Carefully captured to convey the message and emotions you desire. Whether it’s content for your YouTube Channel, Product Sales Videos or Photos, TV Commercial, Family Photos, or any Special Event. I have the tools and experience in the creative world that you’ll need to bring your vision to life. I also provide video and photo editing services for both local & remote clients who don’t need me to do the capturing.

Need help dialing in your brands image? How about a new logo, infograhic, flyer, animation, or business card? What about some dope imagery for your social media or a t-shirt design? I have over a decade of design experience and a background in both personal and business branding. Check out my portfolio, spark up a discussion, and let’s create something. I would love to help you create a memorable brand identity and build the reputation you truly desire to have.

As a fellow owner for many years, with a vast experience in a wide variety of industries and software, I’ve developed a knack for complex problem-solving in life and business. Whether you need help with branding, raising conversion rates/retention, audience growth, social media, content creation, copywriting, workflows, simplifying your tech stack, marketing strategy, or sales skills. I can help teach you proven methods that truly work no matter what industry you’re in.

High converting data-driven sales funnel for your products or services. Suck in leads, increase sales, build your audience, and build your business. Whether you have physical or digital info products. I create strategically captivating sales funnels that will get them sold. Not only can I help you with the entire creative and structuring, I can also help you with offer creation, generating traffic, copywriting, and much more. Let’s talk about your funnel goals.

Whether you’re creating and selling your own unique physical products, drop shipping, selling digital training programs, or have desires to do any of those things in the future. I have the tactics you need to make it happen. No matter if you just need to improve some existing things, or launch a new store. I have experience with shopify, woo, clickfunnels, paykickstart and more. I can help you sell more products online with done for you solutions and automation.

Black Sector is the upper echelon of the Warrior Tribe. It’s my inner circle and so much more. A division for true action takers and growth seekers. To even get the opportunity to be apart of it you must first get noticed as a member of The Warrior Tribe. You can’t Google Black Sector to learn about it, you can’t watch a video, you can’t read a page, and you can’t ask to join it. You will not find information about it. Only those who earn it will learn it. If you’d like to start the journey towards being worthy, join my tribe below and wage war with us. We’ll see how serious you are about your growth. 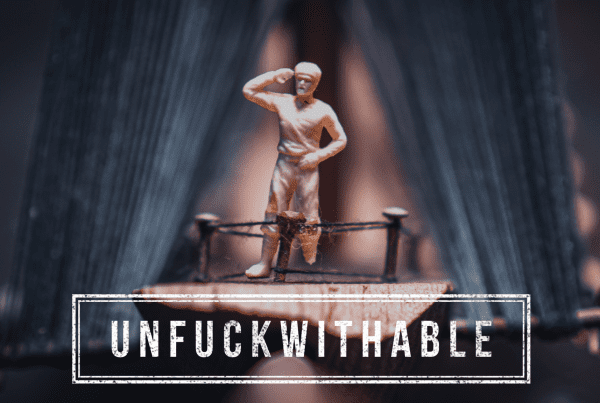 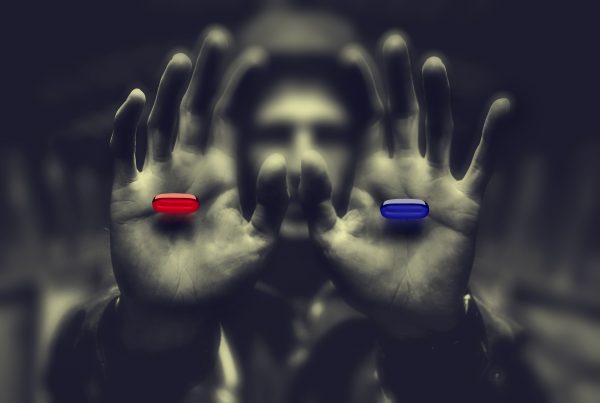 Stuck In A Rut? Here’s How To Get Your Mojo Back 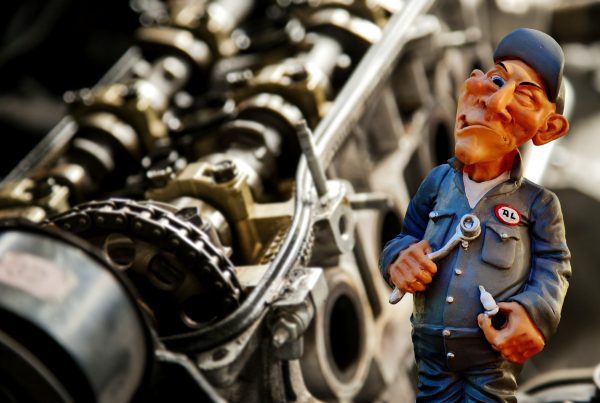